Reflections...First Month in Kenya Part One 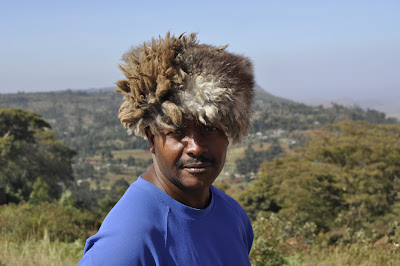 It has been wonderful to return again to my country of birth after 18 years! I left as a single young man with a head full of hair and now I return with a bald head, but with a wonderful family the Lord has blessed me with! 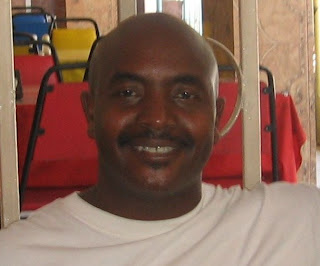 There are a lot of changes, some good, others downright sad.  Things I never thought possible are and have happened in my country.
Imagine showing up on a Sunday morning for church and as every head is bowed in prayer. Suddenly, all of hell breaks loose, literally!  There is a big explosion and pandemonium and absolute terror and confusion ensues!  After a momentarily lull, it is found that one worshiper has died and several others seriously injured.  It is later established that a grenade had been tossed at the altar as people were observing a moment of prayer.
(To read article)
This happened in April this year in Nairobi and later, in July, a similar incident occurred on a Sunday when terrorists killed security personnel who were guarding two churches and proceeded to open fire inside the congregation which left 14 people dead. This happened in a town along the Kenyan/Somali border.
(To read article )


Here in Nairobi, it has become normal for worshipers be screened as they enter churches on Sundays.  Indeed, these days when you attend church, you literally have to be ready to meet with the Lord. In major shopping centers, it has become mandatory to screen all shoppers at the entrances.

It is heart breaking to witness this, but it is the reality of the times we live in, a stark reminder that we truly are living in a broken world.   There was a time Kenya was known as an oasis of peace in a turbulent region, unfortunately, it now seems that those days are no more.  After the grim situations I am witnessing in my country, I would urge you not to take for granted the peace and tranquility you may now enjoy in your country, it is amazing how quickly things can unravel and chaos and anarchy becomes the norm. Please, pray for my country and others which are facing dire challenges and especially, for Christians in those lands, who oftentimes, the only reason they are being targeted is because they identify with Christ. Pray for your country as well, that the Lord may be gracious and stay the hand of evil.   May the Prince of Peace reign, may His people be drawn to Him.

It has not all being gloom and woe.  I have been very encouraged to find the health of my uncle’s wife greatly improved.   When I last saw her in March, she was struggling with T.B. and I was honestly concerned that she would not make it by the time I returned. I visited recently and found that she has completed the prescribed medication and she is on the mend.

Also as a family, we have just completed our first month since our arrival from Zambia.  We have had to start from scratch, a mattress here, a bed there etc!  We’ve been joking that we are like a newly married couple again, except now we have teens in tow!    Just recently, Kimberly was able to begin the routine of homeschooling again.   God is indeed gracious and things are coming together by and by.

Okay, I'll admit I was pretty shocked when my sister and I received the news that we were moving to Kenya. We had lived in Zambia for five and half years and now we were moving?
But I gradually got over the shock and became excited. What would it be like living in Nairobi? What kind of things would we do? When the big day came, we said our goodbyes, loaded our stuff into the car, and headed to the train station. We arrived in Tanzania two and half days later. We stayed there for a night and woke up early to take the bus to Kenya. It was a good trip, considering the fact that we were in there for like, fourteen hours, but we arrived safely  and our friends picked us up. So far things have been well. We found a house (praise God!!!) and have settled in nicely.

Here are a few things that I find difficult about Kenya:

But I really like it here. Please come visit us soon!

U  As this letter is being written, Kamau is currently on a train to Zambia.  If all goes well he should arrive on the 16th or 17th of this month.  He is going there to retrieve the belongings that we were not able to bring with us when we left in July.  Please pray for his safety and success in clearing the borders with our goods.

U  Pray for Kimberly and the children during the next two weeks as they wait for Kamau’s return.

U  Pray that the registration for Hope Anew Ministries will be processed soon without the continued delay that we have been experiencing.

U Pray that God will lead us to the location within the slum where the children’s center will be operating.
Posted by Unknown at 4:01 AM No comments: